Enjoy a Day at AuGlaize Village in Defiance OH

Opened in 1966 by the Defiance County Historical Society, AuGlaize Village began with a red barn, which is now known as the Mansfield Museum. Over the years this location has become a spot to preserve the past for those in the future to enjoy. Now, when you come to visit this place, you can stroll through all of its new or restored buildings and museums. Keep reading to learn what else to expect at this Defiance, Ohio, location.

Mansfield Museum
As mentioned, AuGlaize Village began with this big red livestock barn along with 40 acres of land. Mrs. Mansfield donated the building in memory of her late husband Charlie in 1966. In 1971, a street of shops was developed. You can see an ice cream parlor, cobbler shop, dentist’s office, and broom shop down this street. Inside the barn, you can see a kitchen along with the village’s concession stand.

Sherry School
Constructed in 1850, this one-room schoolhouse was used until the 1950s. In 1971, thanks to a grant from the McIntyre family of Monroe, Michigan, it was relocated from a place one mile south of the area on Krouse Road. Many of the items inside the schoolhouse are donated, including a teacher’s desk, maps, books, clock, and central stove. In 2011, the building underwent an overhaul completed by the society’s volunteers.

William Bensinger Military Museum
As one of two buildings in the village that were constructed during the 1930s, the William Bensinger Military Museum was originally a Civilian Conservation Corps (CCC) project, becoming a barracks for its workers and later used as POW barracks during World War II. It housed mostly German prisoners who worked in the town’s factories and on the town’s farms. This building found its way to AuGlaize in 1971 and was named in honor of Bensinger, a member of the 21st Ohio Volunteer Infantry who was involved with the Great Locomotive Chase during the Civil War. He earned the second-ever Congressional Medal of Honor.

Special Events
During the summer and fall, the AuGlaize Village hosts six public events. In May, learn what life was like for early settlers through its Settler’s Re-enactment. In June, come dressed in your Civil War attire and learn how German soldiers made up regiments of Civil War troops. In October, the village hosts its largest event: the Johnny Appleseed Festival. During this event, you can catch a performance by Johnny Appleseed, tour the grounds via train, and watch people make apple cider.

When visiting the area of Defiance, Ohio, make sure you stop into the AuGlaize Village. This historic village is like taking a step back in time as you can experience what life was like more than 50 years ago.

Posted in Locals, Things To Do in Defiance OH 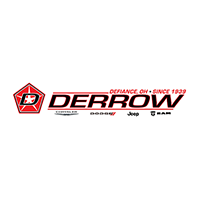